So after much doubt and hassle, we finally made it to the Great Smoky Mountains. We were rained off here last August and it felt like unfinished business, plus this is one of the best places in the country to see black bears. So it was worth a visit and a last attempt to see bears before we leave. Dave managed to fix the surging problem with the bike, although it was touch and go and we nearly turned back towards Houston. We passed very near the other Birmingham (Alabama) on the way, which felt strange. 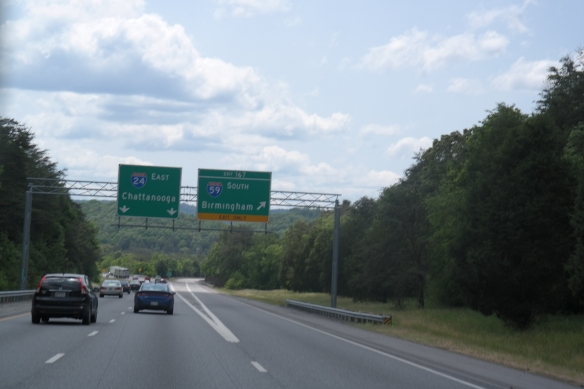 It has been a busy weekend, due to Mother’s Day but we had booked the campsite in advance and they gave us by far the best spot, right on the river. Although all the gushing did keep us awake at night.

Although the mountains here are pretty small, I cannot remember ever having been anywhere greener (and that includes North Wales). 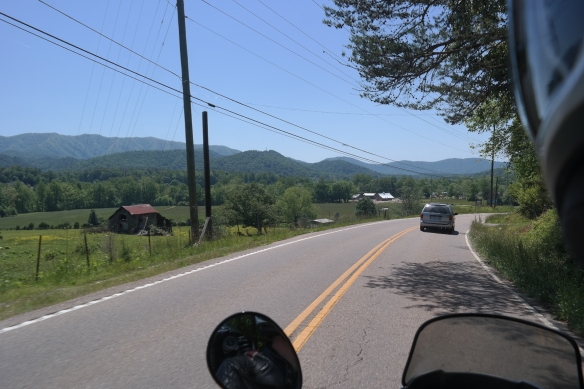 The mountains are impressively forested. 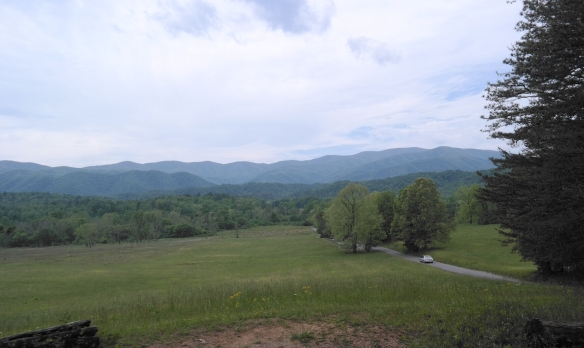 So what you all want to know is did we see a bear? The answer is no. We saw 7!! We waited till after the weekend rush and rode up into the national park this morning. As we approached the car park at Cades Cove, there was a crowd of people on the grass verge, all looking into the forest. I jumped off the bike and joined them. I saw three bears, two climbing a tree about 50m away. Three rangers were trying to keep the people at a safe distance and sounding horns to scare the bears away. The bears were quite small and very black. We rode on, scanning the meadows (seen in the photo above). We saw a few wild turkeys. Two or three cars in front of us then stopped and seemed to be pointing to the right. I couldn’t see anything and we nearly drove on when Dave pointed to the undergrowth on the left, literally only 5 feet away from the bike, there was a small, brownish bear, tucking into what looked like clover. He was so intent on what he was doing and did not seem to notice us. 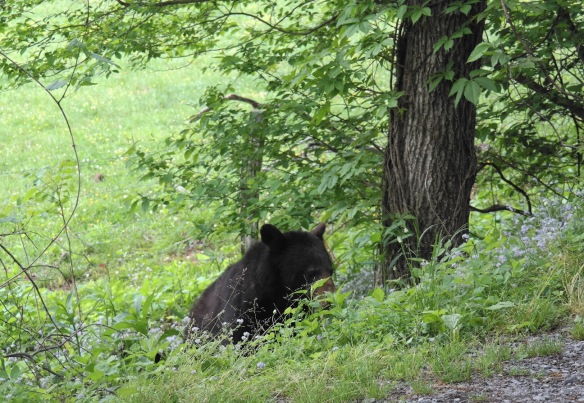 He looked just like Paddington (I know he is a Spectacled Bear from Peru), with very tiny eyes, that made him look quite vulnerable. It was really thrilling.We followed the same three cars for the next 8 miles, painfully slowly, scanning the meadows and trees. We saw some deer. 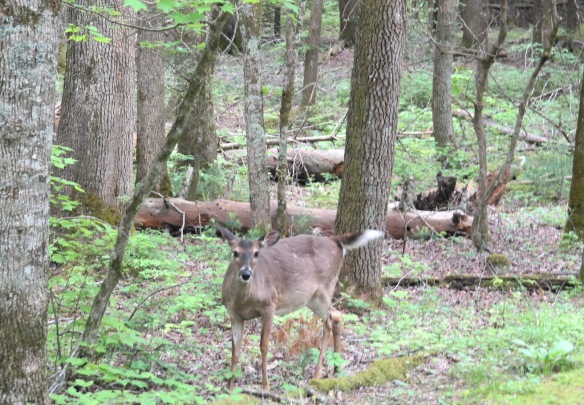 Just before we arrived at the end of the loop we saw a group of cars parked along the road and people with cameras. There in the forest about 20m away was another group of three bears, what looked like a mother and two large cubs. They were walking towards us. We were safe in the knowledge that we could ride away on the bike but everyone else was on foot, probably stupidly close (all the signs tell you to stand at least 50 yards away). 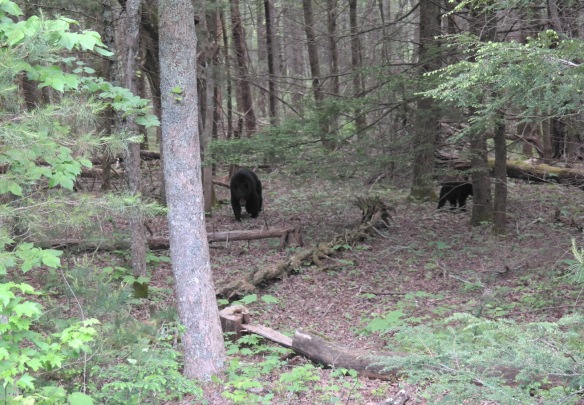 So we were really lucky. After several near bear encounters last year, we finally saw bears in our last few days. I remember the day I saw a wild tiger in India, like it was yesterday and I know I will remember this day forever.