So we have finally arrived at the Mexico-US border. We first arrived in Mexico in October and spent 2 months here, later returning for another 10 days. It is not enough time to scratch the surface of this stunning country. I will do an overview later but first some pics of our last day riding through the desert.

We were thrilled to have another stunning morning, with deep, blue skies and an open road. It has been pretty remote the last two days, even by Mexico standards. Not the kind of place that you want to break down. 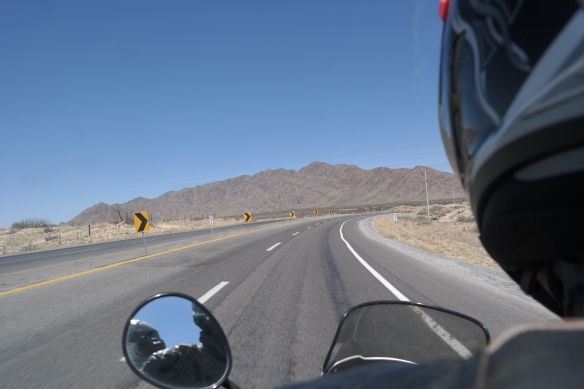 We diverted to Ciudad Juarez, rather than ride the extra two hours to Agua Prieta. Although Juarez had a very bad reputation between 2008-12, with over 3,000 murders a year (!) things have improved here , due to the presence of the military in such vast numbers. 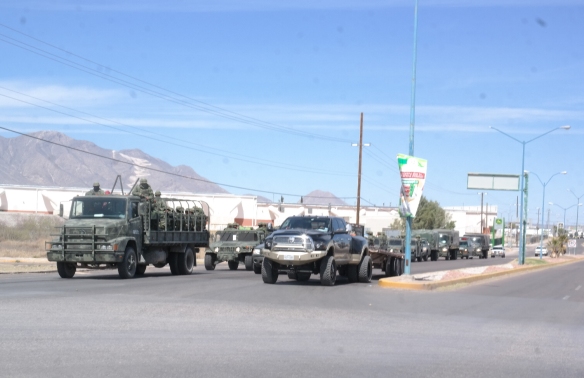 There is a much better infrastructure than the smaller border towns. Most of the hotels and malls here service Mexicans applying for visas to the USA. Getting our own paperwork in order has made for a stressful day. We have been waiting for the vehicle insurance to arrive for the bike and digging out other documents that we have not seen in months. We also have to have copies of onward flights tickets from the USA.  It is always nerve wracking entering the US, as immigration officials have total discretion as to whether they let you in. So fingers crossed for tomorrow. 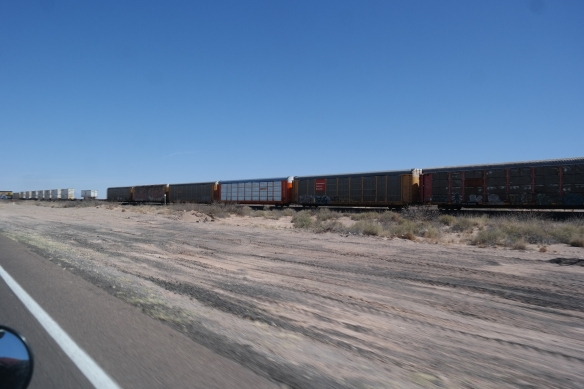 So back to Mexico. This is country I have long wanted to visit. I have not been disappointed. It is sad that the country is so marred by drug related crime and violence and the “war on drugs”, meaning that we were not able to go to all of the places we might have enjoyed most. Getting deep into the mountains, controlled by the cartels, where marijuana and opium is grown, can be risky, especially if you are caught out after dark and tourists have been murdered recently when driving at night in remote areas. Although we have a policy never to ride at night, this has meant we have had to be careful about where we go, which is a real shame. Having said that, there is more than enough to keep you busy for months, if not years here. It is certainly somewhere I would live, if the security situation improved.

So the highlights have been …well Baja California is still high on the list of the best things I have ever done. 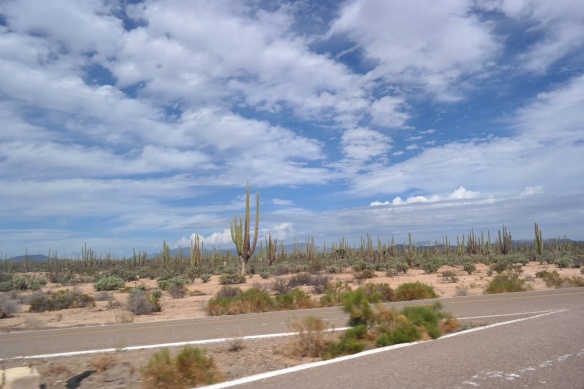 The colonial cities have been another highlight. If I had to choose just one, it would be Guanajuato, second would be Oaxaca, third Zacatecas and fourth San Miguel Allende. There are many others. The Spanish knew how to build cities. They are all so different and so spectacular and really do match  those that I love so much in Spain like Salamanca, Segovia and Granada. 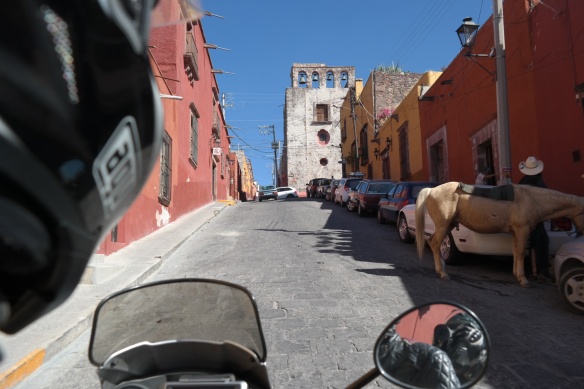 We loved the Pacific coastal town of Zipolite, with its easy vibe and beach bars.

And we have loved the northern deserts.

I hope we come back to Mexico.  The country is vast with an enormous amount to offer.The time has gone too quickly.