It has been 3 weeks since we left Panama City. The time has gone very fast and we have ridden 17 days out of the last 22. We have crossed 14 borders so far on the trip and we only have one left. We are just 2 days ride from the USA border at Agua Prieta, Arizona.

Returning to Mexico has been wonderful. Getting in was a little tough as the Guatemalans did not want us to leave. When we arrived at the Guatemalan side of the border, they told us we did not have the correct papers to bring the bike into the country (even though they allowed us in twice). We were left to wait for over an hour, staring at the window of the customs office, while everyone went to lunch and wondering what would happen. 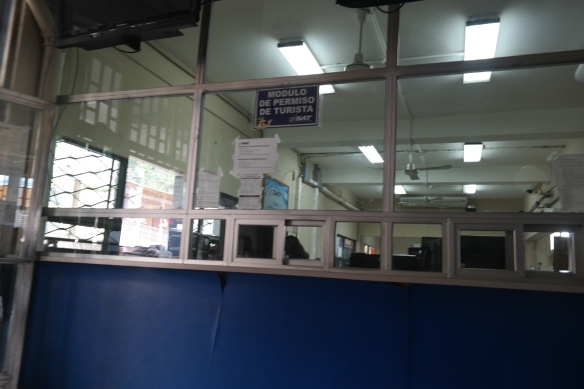 We wondered if we could just leave without having the bike stamped out as we do not wish to return with this bike in the future. The answer in retrospect is yes, we could have done that and no-one would have been any the wiser. However, we ended up paying a bribe to the customs offer of about $12 and hey presto, we were out. The Mexico side is a lot more professional, fortunately, but you have to leave a bond on your credit card of about $200, which is returned when you take the bike out of the country.

We ended up at a hotel on a retail park for our second night, where there was a cinema. We went to see Deadpool and had the whole cinema to ourselves.

We then spent 2 days in the wonderful city of Oaxaca. We shopped at the market for veg and pottered about. Mexico has so many extraordinary colonial cities, each with its own style and atmosphere. It was very cloudy and rained a bit and we did not manage to get out with the camera so no pics. We had to wrap up really warm as we headed to Puebla and then to Guanajuato. We saw some snow on the top of the volcanoes as we left Puebla. It was too cold to take my gloves off to take photos. We enjoyed the stunning, deep blue skies and the huge open spaces. It was a worthwhile trade for the colder weather. Such a change from the stifling humidity of Central America. 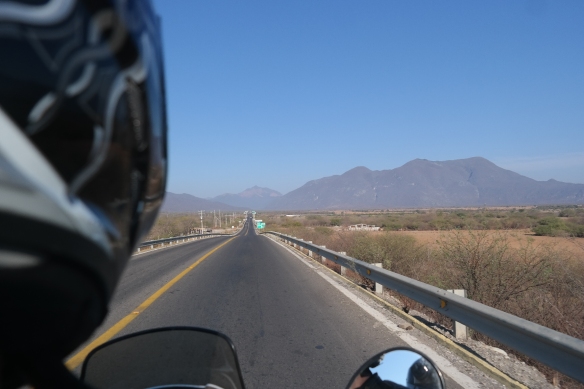 We had a great ride on some lovely mountain roads en route to Oaxaca where we enjoyed the bends. 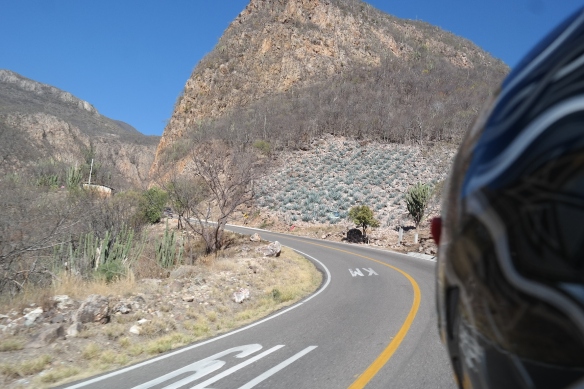 After Guanajuato the landscape becomes semi-arid and reminiscent of Wyoming or Texas.

The roads are mostly excellent and very fast, although not cheap as you pay tolls, and we have covered a lot of ground each day ,with only brief stops for fuel or to check the football results. Yes Everton are through to the semi-finals of the FA Cup. 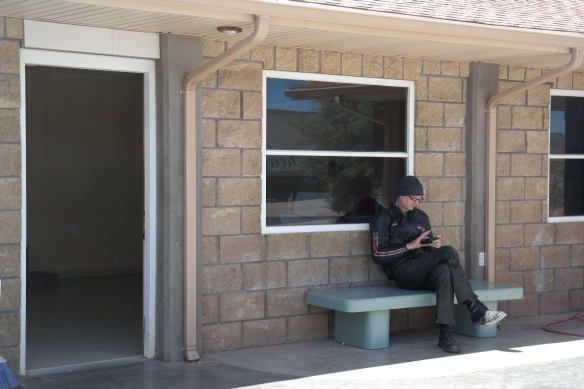 We spent a wonderful evening and morning in Zacatecas, another stunning colonial city and one of my favourites. This is deep in cartel country and not somewhere frequented by many tourists, which is a shame but it meant we had it all to ourselves. 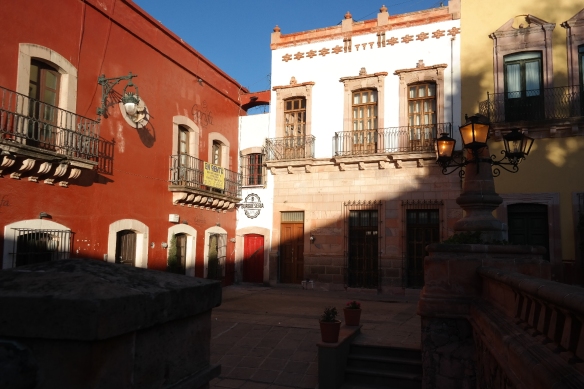 I enjoyed an amazing early morning walk through the town with my camera. It was pretty empty except for the road sweepers and the temperature was only 2 degrees celsius. At 2500m you get a bit more puffed out when walking uphill than usual.

I was on the doorstep of Starbucks when it opened and walked back through the deserted streets to the hotel with two big cups of tea. Starbucks is the only place you can get real tea here in Mexico, the kind you can stand your spoon up in, courtesy of the biggest teabag known to man and proper boiling water (not boiled and left to go cold or just tepid). Essential before a long day on the road. 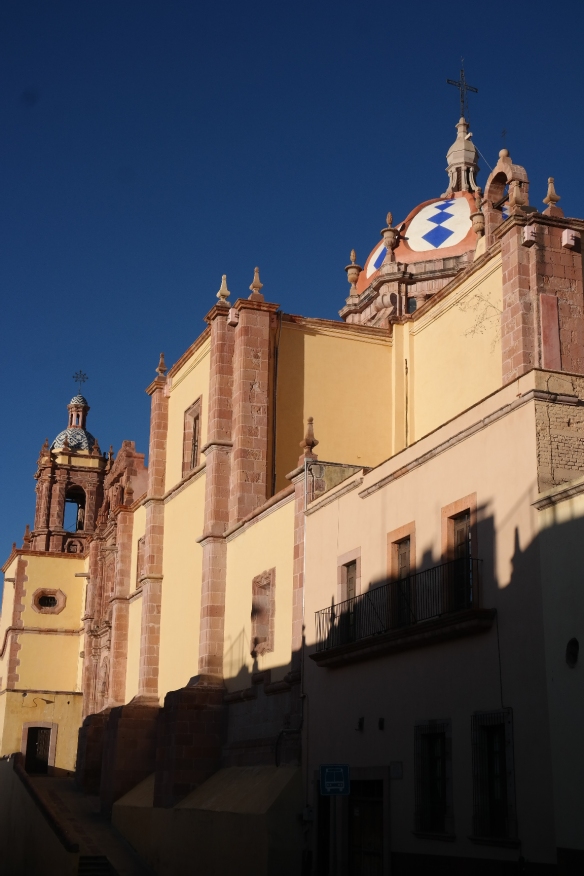 We are now in Torreon and heading for Chihuahua tomorrow and the border the day after. We are seeing a lot of police and military on the roads, as we approach the US border, usually in open backed trucks with big (sometimes mounted) guns and there are quite a few checkpoints. Fortunately, the preoccupation with the cartel means that no-one is interested in us and the roads are excellent. We seem to be able to ride as fast as we like (safely of course) without being stopped. In Nicaragua we were stopped frequently for crossing the hard white line when overtaking (although never ticketed) and in Costa Rica we had to ride at a snail’s pace to avoid the $600 fine. We were ticketed in both Panama and the USA and in Guatemala, El Salvador and Honduras the roads were just too poor to make haste, so we are enjoying the freedom of the road before we get back to the US. 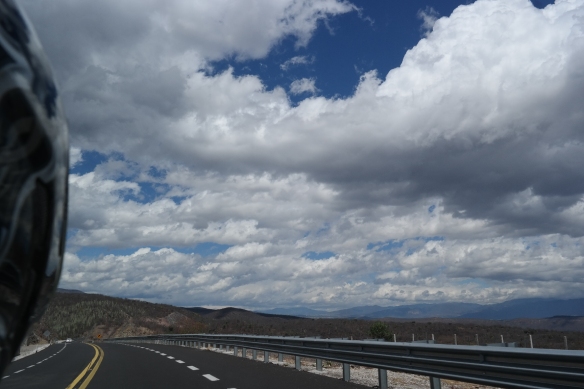 We are very excited to get back to the USA and to our tent but also a bit nervous about the border crossing, in case they don’t let us in. I am trying to get all of the paperwork in order, including our onward tickets to Hong Kong and proof of shipping for the bike, as well as the insurance and roadside recovery. Our next report should be from Arizona, fingers crossed.