After the hassle with fitting the shock and worries about crossing the border in time, everything went really smoothly. Postal Annexe packaged up a huge amount of camping equipment for us on Tuesday morning and shipped it to Heather’s Mom in LA for a mere $36 including packaging. We have since heard that it arrived the next day. We then set off, much lighter and  less encumbered, for the quiet border crossing at Tecate. There was no queue at the border and after a quick look at the vehicle documents and frame number on the bike and a cursory glance inside the panniers we were cleared to enter. We picked up our tourist cards easily and were offered a 6 month stay without having to ask by the immigration officer. Everyone was friendly and spoke English and the whole thing took about half an hour.

The ride to Ensenada on the Pacific coast took us through the Ruta de Vino-an area of mountains and vineyards. It was quite beautiful in places.

Mexico was immediately completely different to the USA-much poorer and more chaotic. I can see how it might freak out Americans who have not travelled outside of the developed world before. Fortunately, we have  a lot of experience to draw upon so were less freaked but a bit disorientated for the first 24 hours while we got used to being back in a less developed place. It occurred to me that I had only left Europe once in 3 years to travel to New York and had become a bit soft.

Ensenada was a busy town with a very tacky tourist street mostly serving the cruise ships that dock here and the biggest flag I have ever seen, reminding people that it is actually Mexico and not part of the USA. 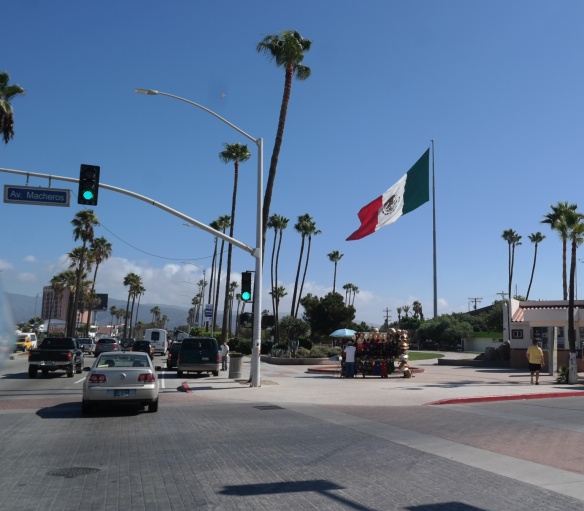 We spent a day setting up our mobile phones with Mexican SIM cards and planning the next few days where Wifi may not be available for planning purposes. We reorganised the luggage now we have offloaded such a huge amount of stuff. All well worthwhile. Before setting off properly, we filled up with petrol at an interesting pump. Safety is very different concept here to the USA. More on that later. 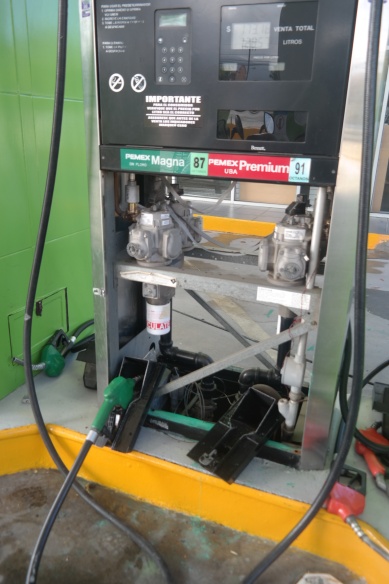 The first day out of Ensenada was 250km (yes we are back on metric here) to El Rosario. Initially through some lovely mountains withe heavy cloud.We were grateful for the cool weather. 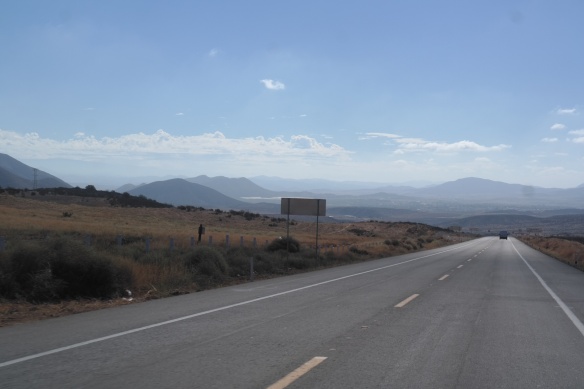 There was some road widening going on. Unlike in the USA, where they would close the whole carriageway and have vehicles guided through by a pilot car, causing huge delays, here you just get on with it, riding on the gravel into oncoming traffic. The other thing I noticed was that in the US, there are at least 20 people working on any section, although it is unclear what they all do. Here in Mexico you see 2 or three guys doing all the work. 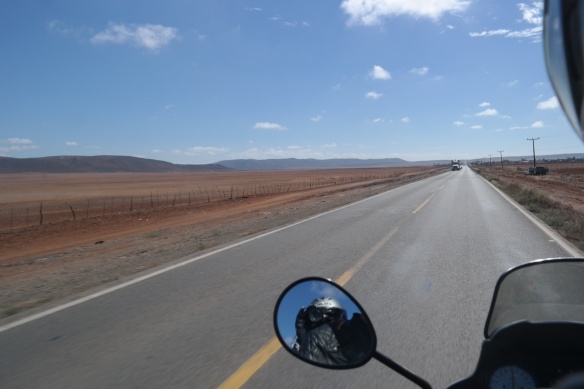 We stopped at a nice cafe. Had some home made limonada, met our first Mexican dog and used our first outside toilets of the trip. All good road trip stuff. Bringing back memories of journeys past.

I am pleased to say that I have already had several opportunities to speak Spanish-even on the phone. I have been learning this language at a basic level on and off for about 15 years. Well it is all coming in useful and I am doing OK with it and enjoying it (unlike German which I really hated learning and speaking). I was a bit phased when the hotel lady asked me for “un hombre” (a man) on the phone. After some confusion, I realised she had said “un nombre” (a name). It reminded me of The Two Ronnies Fork Handles sketch.

Back to the journey. We passed through a lot of towns, all pretty poor looking with annoying groups of speed bumps called topes to slow us down and jolt us around. 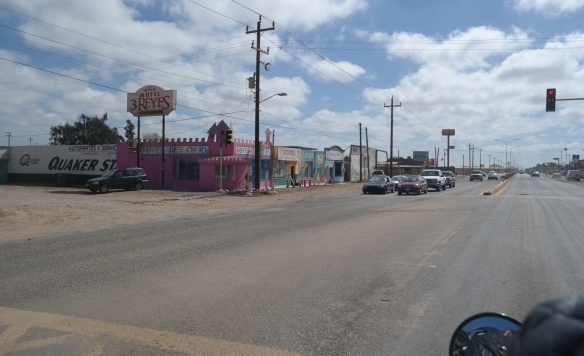 We the reached the coast again and the landscape changed quite dramatically becoming much drier, with huge and dunes even miles from the coast and a few cacti started to appear. It started to look like nothing I had seen before (which is what I came to see). Hopefully tomorrow it will get even more interesting. We head to the Sea of Cortez for a brief one night stay before heading back inland. 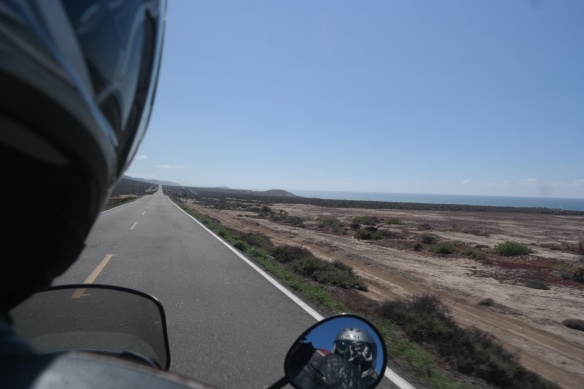