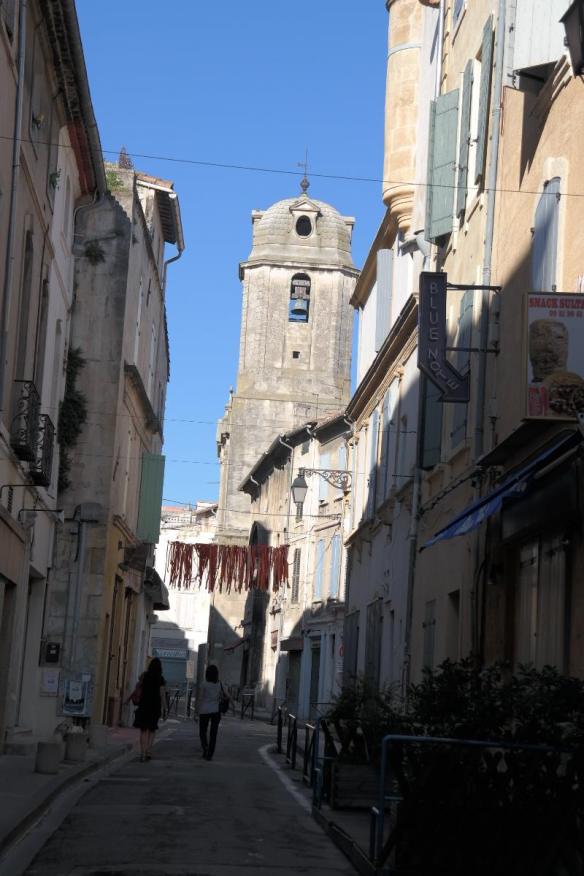 I spent five days pottering about in Arles, studying in my apartment , doing yoga and cooking some of the lovely ingredients available in Provence at this time of the year. Highlights were The Lavendar Museum, where the sell great products, made from medical grade lavender, very cheaply and the Saturday market. There is also an amazing photographic expo at this time of the year in the town with about 40 major photographers exhibiting from all over the world. This year included the first David Bailey retrospective in 50 years of him working. This was a real bonus for me (being 50 this month), it charts celebrity culture during the whole of my lifetime. I am also a very keen photography fan and Dave and I are huge fans of the 60s film Blow Up which was based on David Bailey. 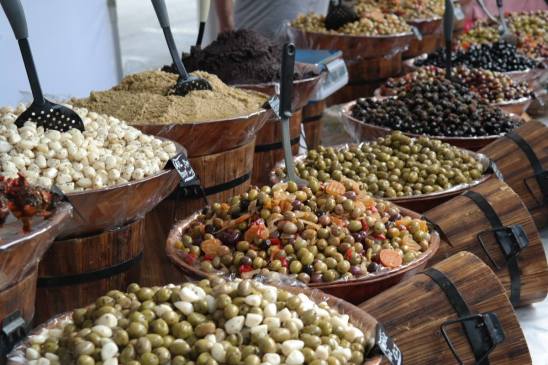 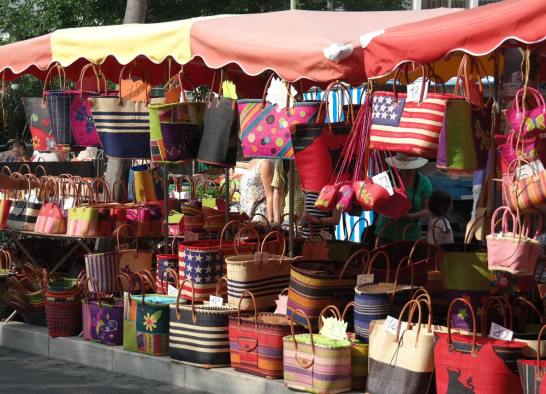 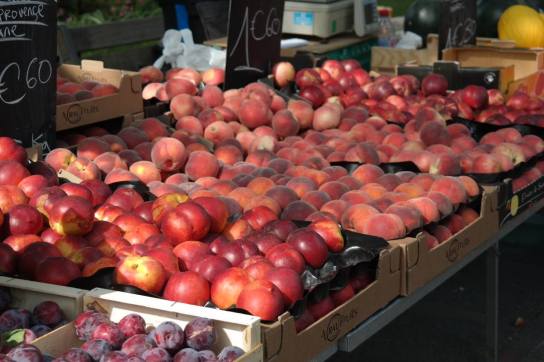 The Saturday market in Arles is either the best in France or not even one of the best in France, depending on which review you read. I think there is some snobbery in criticising this market as it is fairly touristy. It is quite large and I found it well worth visiting. Then again, I can walk around and look at fruit an veg for hours quite happily. The quality of the summer produce was staggeringly impressive and the market did not feel too crowded. I enjoyed the experience a lot and came back with a big bag of chard, carrots, pumpkin, courgettes, red cabbage and other lovely things. I was surprised how little meat was on sale compared to the amount of non-meat stuff. I would say that easily more than 70% of the produce could be eaten by vegans.

As always on biking holidays, the purchase of souvenirs is not an option, unless the are very small. I was sad not to be able to buy one of the lovely, colourful baskets or some of the pottery but I did avail myself of the LÓccitane shop. No different to the one in Berlin but it feels different buying the products in the area where they are produced. It was also nice to have time to browse and try things. I now have a long list for Christmas.

The second day at Ferme Neomie, was market day in Le Bourg so we all went in and pottered round the market stalls and cycling and outdoor shops. The market had that typical French feel and was full of atmosphere. The town is well serviced with a large supermarket and many smaller shops, cafes and restaurants.

Back at the campsite, a few people had a nap due to overdoing it the night before. Helen strangely decided to have a go at preparing and cooking whole artichokes for the first time, on the tiny camp stove. They turned out great but were very labour intensive. Both Jerry and Helen developed a fondness for them and thought it well worth the effort. We had a great evening meal at the campsite cooked by Helen and Sarah and a bit less alcohol was drunk than the previous night as we all intended to move on the next day.

So far the weather had been fair at Ferme Neomie. Some baking, hot sunshine but also a bit of rain. Day 3 at Le Bourg was set to be hot and sunny, whereas the forecast for the next two days was not so good. We decided not to move on to the Val dÌsere area but to stay at Le Bourg for another two nights so that we could ,have a great ride out that day without the luggage, while the good weather lasted. We sadly waved goodbye to Sarah and Jerry until we see them again in Berlin at New Year. 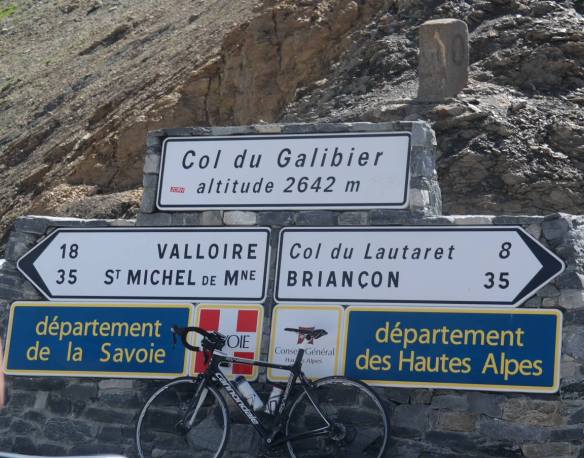 Day 15 was a great day of motorcycling as we rode up Col Galibier, as recommended by Jerry. The ride up was pretty easy compared to some  other high alpine passes but the views at the top were superior to most we have seen. We headed off to Col La Croix en Fer but were beset by a series of problems which included the road being closed due to road resurfacing. We drove around in circles as the GPS tried to adjust to this fact. There was no prior warning of the closure and no deviation. The area around this pass is definitely worth exploring as it is much less busy than the area around Deux Alpes and Col Galibier. Again, however, we came across a very ugly ski resort, complete with high rise blocks. We also came across some very authentic, French villages which were all closed up for Sunday to balance things up.

Day 16 was spent pottering around the campsite and Le Bourg due to the threat of rain. We had moved from the emplacement we shared with Sarah and Jerry to the paddock. At first, it seemed delightful with lots of space, thick grass and wonderful views of the mountains. It was not until the first morning we awoke there that we became aware of the slug problem. Big black ones on the tent and in our stuff inside the porch. Dave rehomed them using an unwanted plastic mug.